Founded after the Carolingian reconquest and the withdrawal of the Arabs, Saint-Michel de Cuxa belonged to that first network of abbeys to be protected by the secular authority in order to encourage the revival of the country. Towards 840 a community of Benedictine monks settled in Eixelada, in a gorge of the river Têt near the present Olette. In 878 a flood completely demolished this monastery. Under the monk Protais’ leadership, the survivors grouped together and remained at Cuxa, close to a church which was dedicated to Saint-Germain d’Auxerre and belonged to Protais.

The monastery developed quickly thanks to the support and protection of the Counts of Cerdany-Conflent. By the end of the 10th Century Abbot Garin of Cluny had given it an exceptional prestige throughout Europe.

In 978 he welcomed to Cuxa the Doge of Venice, Pietro Orseolo, who died in 988 and was subsequently canonised. Gerbert d’Aurillac, who became Pope Sylvester in 999, also studied at the Abbey. To accommodate the growing number of adherents three churches had to be built, one after the other. The last of the three, the present-day church, was started by Abbot Pons and was consecrated by Abbot Garin.

During the 11th century the Count of Cerdanya’s son Oliba, currently Abbot of Ripoll and Cuxa in 1008, founder of Montserrat and bishop of Vic, promoted in 1026 the Peace and Truce of God (the first public prohibition of violence in the feudal world). He confirmed the material and spiritual prestige of the Abbey, which became an important destination for pilgrimage. He built the ambulatory around the Choir and, in the west of the abbey church, the crypt with above it the atrium, the Trinity Chapel, decorated the interior of the church with frescoes and adorned the altar with a marble ciborium. 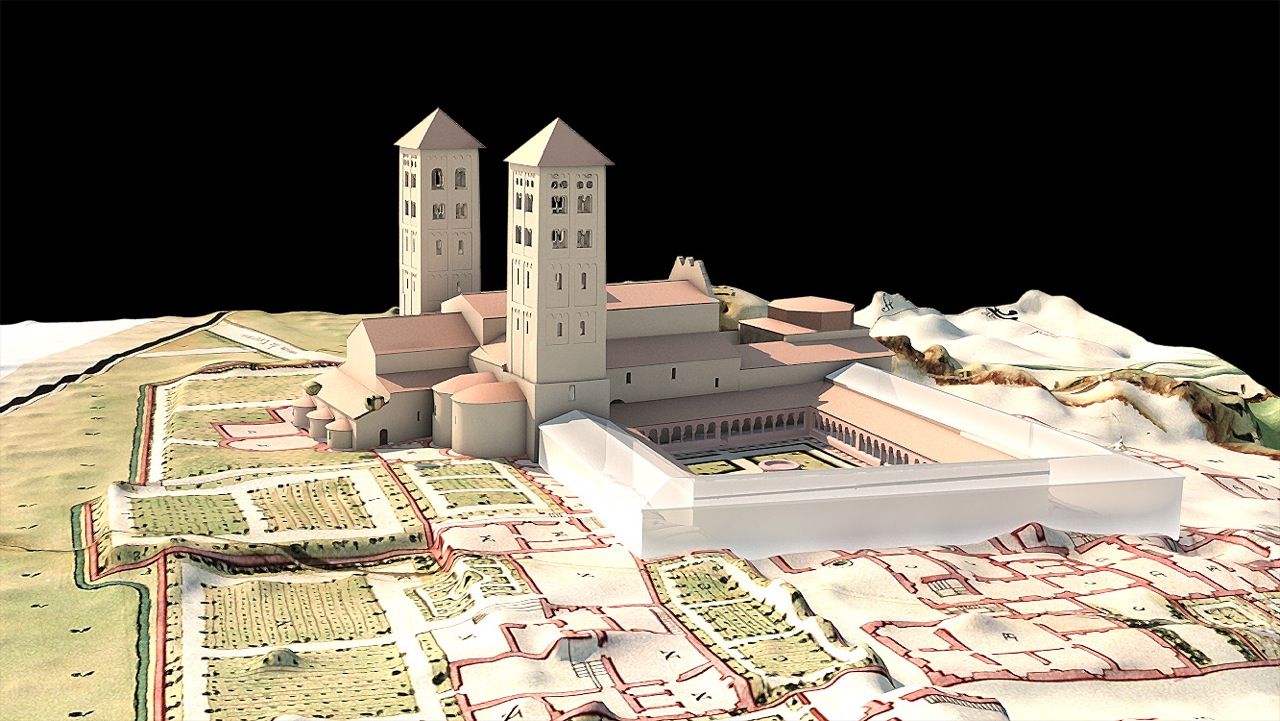 Towards 1130 a marble cloister was built under the Abbot Gregory, before he was elected Archbishop of Tarragona in 1136, marking the inception of a Romanesque school of sculpture in Roussillon. This school evolved throughout the 12th century. The rood screen was built in the middle of the century, before that in Serrabona. In later years Cuxa lived through the turbulent history of the Roussillon, becoming and remaining a great feudal monastery and a powerful and prestigious institution in the area. At first a fiefdom of the Count of Barcelona, from 1462 to 1495 it came under French domination. At the time of the commendatory abbots it underwent some extortion from the local nobility. In 1659 it finally passed to France under the terms of the Treaty of the Pyrenees. At the French Revolution in 1789 the Assemblée Nationale decreed the nationalisation of ecclesiastical possessions. In 1790 the last monks were evicted and the Abbey was sold. The church roof fell down, followed by the northern bell tower in 1838. The marbles were sold or recovered piecemeal and the last eight capitals of the cloister were removed in 1907.

In 1919 new life was given to the ruins of Cuxa. The site was repurchased and placed at the disposal of the Cistercian monks of Fontfroide, returned from exile. They lived there until 1965. In the meantime, the famous Catalan cellist Pablo Casals, withdrawn from the world in Prades, gave concerts there in aid of the restoration of the Abbey. Since then, a community of Benedictine monks from Montserrat has continued the monastic life which began 11 centuries ago.